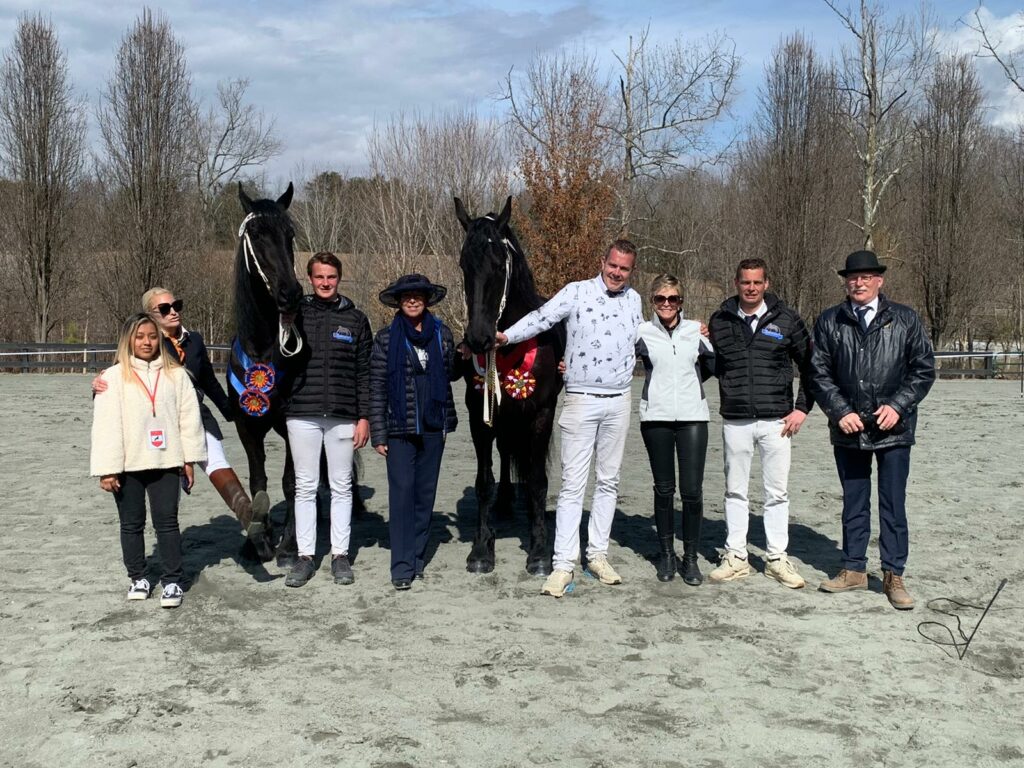 On Valentine’s Day the KFPS team had a ‘date’ with a group of Friesian horses in Gainsville, Florida. ‘There was a cold and stiff wind, so we judged without our hats this time’, Jolanda Slootjes explains. Later in the day the weather got better, but by that time ‘a big truck parked on top of our luggage’. The hats were dented out, the jackets dusted off and new writing materials were arranged.  ‘We could all laugh about it.’

Crownmare Tineke champion in Ocala
The last inspection location during this trip was Ocala, Florida. ‘All American horses should go here’, according to Jolanda who shares a picture of the beautiful entourage. ‘Even better, fly all Dutch horses in as well!’
At this beautiful location Crownmare Tineke van Remmelhausen Crown Sport (Fetse 349 x Heise 354) became overall champion. The 16 year old mare was rewarded a first premium but came up short for Model. The reserve championship went to Wendy MFR (Hessel 480 x Mintse 384). The seven year old mare owned by Theresa Alford was rewarded 77,5 points for her IBOP and had the highest score of the day. Of the geldings Willem van Schafer Ster (Bartele 472 x Pier 448) was selected as the best with a second premium.

Two more days of class
With congratulating the owners and handing out the ribbons the inspection trip has come to an end for Piet Bergsma, Jolanda Slootjes and the team of presenters: Germ Aise Bouma, Jalmer de Groot, Eabe van der Veer and Syb Bangma. ‘We have two more days left where we give a course in judging the Friesian horse and then we fly home’ Jolanda tells us.