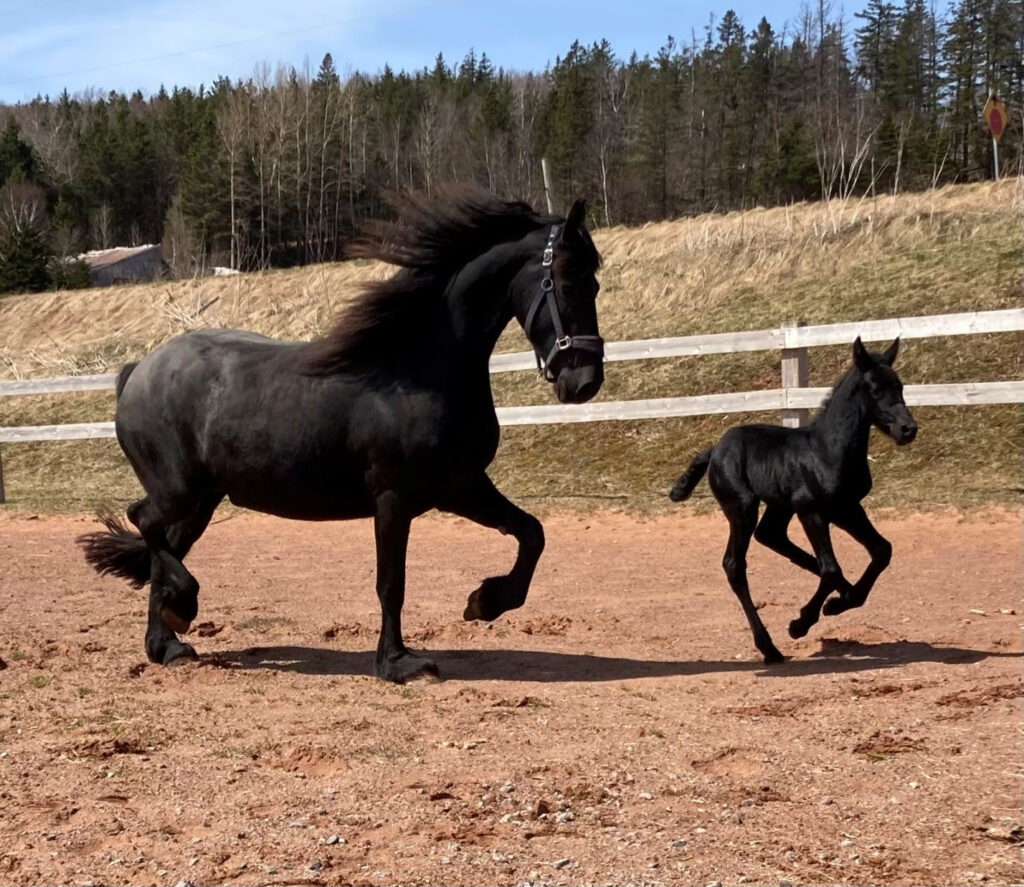 Every breeder wants to see his/her foal grow up to be healthy, but that is not always so straightforward. There is a wide range of bacteria, viruses and other circumstances that can cause diseases, and sometimes the ultimate diagnosis is not the most obvious one. Like in the case of the Friesian colt foal Tjitse, who was suffering from severe diarrhoea when veterinarian Ids de Boer was called in. ‘Tjitse’s owners are experienced breeders and believed the diarrhoea could have been caused by the dam’s heat, which happens from time to time. However, the diarrhoea persisted, although the composition of the droppings was a bit variable.’

Good condition
De Boer investigated the foal: Tjitse was in good condition and apart from the diarrhoea he found no other irregularities. The foal had been de-wormed. Diarrhoea can quickly cause a foal’s condition to deteriorate so that was the first aspect that had to be tackled. Tjitse was given a paste to thicken the droppings and another paste targeted at soothing his guts. Fortunately, this medication clearly made a difference. Unfortunately though, the droppings remained too variable: the structure varied from a ‘cow’s pad‘ to practically normal, and often there was a bit of fluid that appeared before, during or after passing the droppings.

Acute colic
‘One morning though, Tjitse displayed acute colic symptoms; he repeatedly lay down and frequently looked at his tummy. The examination turned up that the mucous membranes were alright, he had a slightly raised heart rate and intestinal motion sounded  ‘too watery’. After having administered painkillers and antispasmodic treatment to relax the intestines, I also examined his droppings back at the clinic,’ De Boer explains. The foal did not have a worm infection but the droppings appeared to contain a little sand.

Sand rarely a problem for foals
He continues: ‘Compared to adult horses, foals are rarely found to have problems caused by sand, so that is why this was not the first thing that jumped to mind as the possible cause.’ To get a clear picture of the amount of sand in the gastrointestinal tract we took an X-ray of Tjitse’s abdomen at the clinic. It was quite evident that there was indeed an enormous amount of sand present in the large intestine, which had caused the colic and diarrhoea. The sand often makes the droppings too runny because the sand scrapes the membranes in the intestinal tract, causing irritation. At the same time the sand obstructs a fair part of the intestines, so that the absorption of water is less optimal.

Monitoring droppings
The owners had not noticed it, but Tjitse must have been eating sand in the paddock and/or field. At the owners’ yard, the path to the field is a paddock with sand surface, which is usually kept open. So now they decided to close it off instead. They also continued to give Tjitse his pastes and every day he was given some mash with Psyllium seed husks to stimulate passing sand from the intestines. De Boer: ‘Luckily, the droppings were completely back to normal within a fortnight. The owners frequently sent in dropping samples for testing but there was next to no sand to be found.’