Nominations are now open for the FHANA Board of Directors:

6.4 Election of Directors.The election of the Board of Directors shall be conducted as follows:On or before January 1st of each year, the Association shall mail to each general voting member a notice that the Association will receive nomination for the office of Director. The notice shall provide a period of no less than thirty (30) days in which to return the nominations.
Any two (2) general voting members, in good standing, may nominate any other member who is eligible to hold office and in good standing with the Association, other than a body corporate, for election as a Director by a written letter addressed to the Secretary at the principal office of the Association, provided that the member so nominated has endorsed his consent to such nomination in writing.
All such nominations must be received by the Secretary at the office of the Association on or before the date specified for the receiving of nominations and any nomination received after such date shall be invalid.
To avoid conflicts of interest, nominees for the Board of Directors shall not be board officers for any non-FHANA horse related association for a period of one (1) year prior to receiving a nomination to the Board and shall not serve as a board officer for any other FHANA or non-FHANA horse related association while serving on the Board, if elected.
Shall cause one (1) email ballot form to be sent to the email address on file with the FHANA secretary with voting instructions to be emailed to all FHANA members. The ballot form includes a link to a secure site with the voter’s personal registration code embedded. Once a ballot has been cast using this code, it will not work again, and will become official. For those members who still require a paper ballot, this will still be accommodated and those votes will be tallied electronically. The voting instruction will provide at least thirty (30) days to return the paper ballot, or to cast the ballot electronically
A parent, child, sibling, spouse, or domestic partner of an existing officer on the Board shall not hold an office on the Board at the same time.
General voting members shall vote for the election of Director by completing the ballot or electronic ballot in accordance with the voting instructions and return the ballot to the address set forth in the voting instructions or submit electronically. Ballots postmarked or certified received after the deadline specified in the voting instructions shall be invalid.
The President, or Vice-President, if the President is unavailable to do so, shall appoint two (2) members who are not members of the Board to act as a jury for the counting of the ballots. If two members are not available for appointment as a jury, a disinterest non-member(s) may be appointed.
Within fifteen (15) days of the deadline for ballot postmarks, or electronic submissions, the Secretary of the Association or his designee shall count all ballots duly received in the presence of the jury so appointed. The results of the election shall be certified by the Secretary, or his designee, if appointed and the jury.
Should a tie vote occur, the two candidates shall be consulted by the Board to determine if one is willing to cede the position to the other. If neither candidate is willing to cede to the other, the Board shall then vote to break the tie. The candidate receiving the majority of the votes cast by the Board will thereby be chosen as the Director.
The results of the election shall be announced to the general membership at the next scheduled mailing to the membership following the certification of the election.
Ballots shall be retained for ninety (90) days following the announcement of the election results to the membership 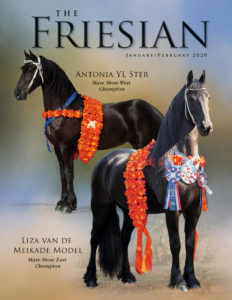