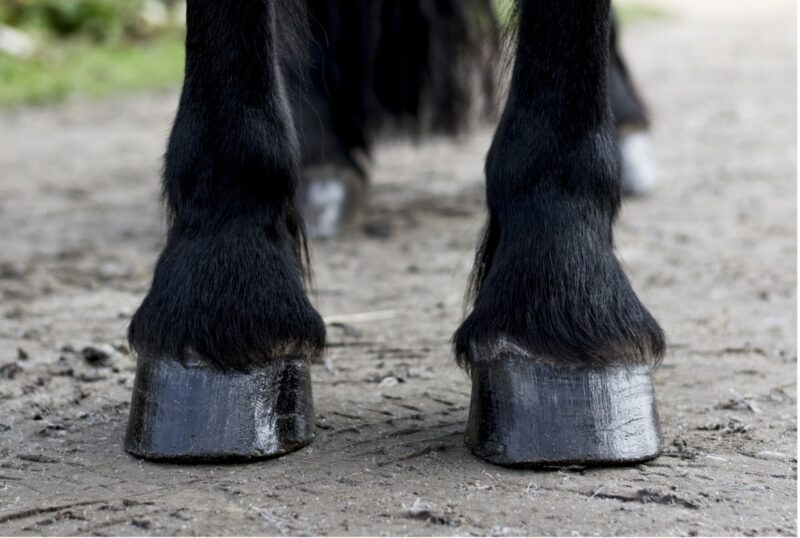 ‘Laminitis mostly affects the forelegs, but it can also occur in all four legs or just one leg.’ Photo: Sanne Wiersma

It was a Monday morning when the Animal Clinic Hellendoorn-Nijverdal received a phone call from a breeder. His mare had foaled on Saturday evening but the afterbirth hadn’t come out yet. Could that be a problem? the breeder wanted to know. The message was relayed to equine veterinarian Eric Raterink. He says: ‘Me being selfish, my first thought was: fine, that was one less nocturnal duty call. But honestly, there are few other ways to seriously mess up your mare. The afterbirth should ideally appear within six hours after the birth. Once at the clinic, the mare was sweating, ran a temperature of nearly 40 degrees and walked very tenderly. Her feet were warm and the pastern cavity showed a clear pulse. In short, she was affected by laminitis as a result of uteritis.’

Treading on eggs
Laminitis is an inflammation of the laminae, which form the connection between the pedal/coffin bone and the hoof wall. Eric: ‘Laminitis mostly affects the forelegs, but it can also occur in all four legs or just one leg.’ Horses with laminitis walk very tenderly (‘treading on eggs’) and walking on a hard surface is quite clearly much more painful. Sometimes they stand in a typical, stretched position, leaning backwards to take the pressure off the forelegs.’

Uterine infection
For Raterink the cause of laminitis in this mare was obvious: because of a uterine infection toxins had entered the blood, also called blood poisoning. Laminitis is not only caused by blood poisoning, but has multiple causes. Hormonal disorders such as PPID (pituitary pars intermedia dysfunction), which used to be called Cushing disease, or EMS (Equine Metabolic Syndrome) can also trigger laminitis. EMS mostly, but not exclusively, occurs in horses that are overweight. These animals are insulin resistant, which means they have to produce more insulin to keep the sugar content in the blood at normal levels. Finally, another well-known trigger for laminitis is overload.

Intensive care
‘This new mum needed intensive care’, Eric says. ‘Obviously, the afterbirth had to be removed and she needed treatment for the uterine infection. To treat the laminitis she was put on strict box rest, was only allowed to eat roughage and the feet were cooled a few times per day. Naturally, she also received medication, for example painkillers and anti-inflammatories. Fortunately for her she soon recovered from the attack and has not suffered any lasting damage to the pedal bone.’ 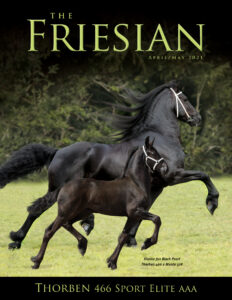