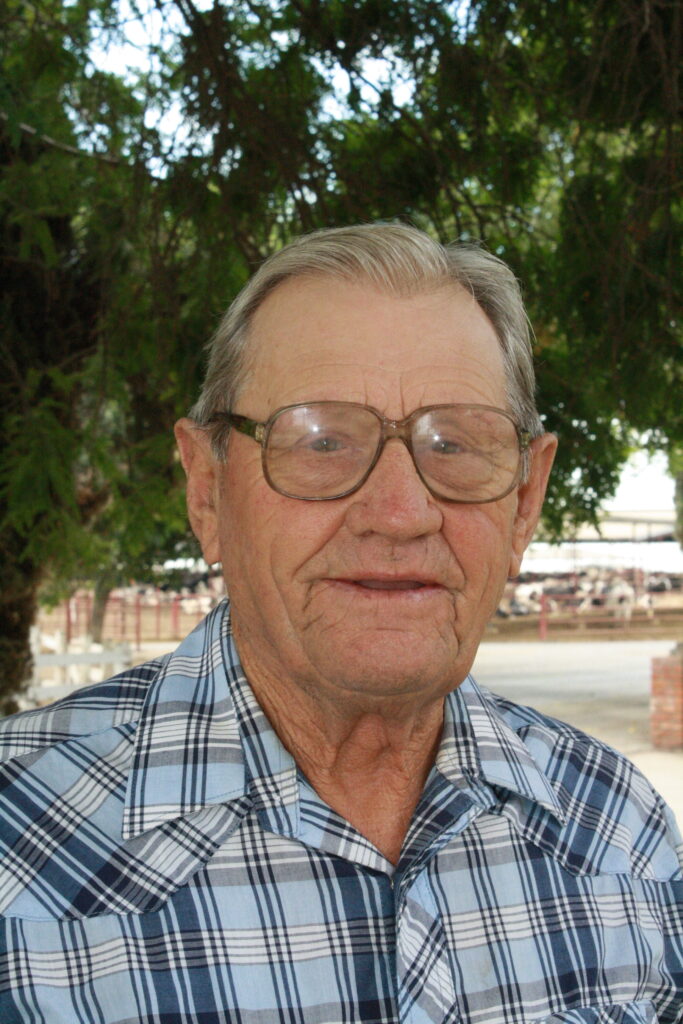 What the Friesian Horse Means to Me ?

It started back in 1950, when I was in my early twenties. My friends and I went one evening to the Pomona Fair in Southern California. I looked through a wooden fence and saw four horses, all hitched up, with these beautiful harnesses. This was something I’d never seen before. It looked so pretty, and I thought to myself, “How would it look if these harnesses were on Friesian horses?”

I could not imagine ever being able to afford such extravagant harnesses. However, many years later my dream came true.

Two years before visiting the Fair, I had just left my hometown of Witmarsum, and everything I knew. I grew up working with Friesian horses, using them daily to mow and rake hay, amongst many other chores. Now settled in the United States, I and my wife Adrianna, whom I married in 1955, established a dairy in Visalia in 1958.

My brother Sikke remained in the Netherlands, but our passion for Friesians kept our relationship strong. I returned to Friesland to visit Sikke in 1976. With funds after my parents’ passing I wanted to buy Friesian horses and bring them to America. My brother encouraged me to first have a talk with Lammert Huijing, secretary of the Koninklijke Vereniging “Het Friesch Paarden-Stamboek” (KFPS).

During the meeting with Huijing, he shared that the KFPS was “a sinking ship”. At that time membership was declining in the Netherlands and very few stallions were qualified. The Friesian horse breed was dying due to lack of money and interest.

I told Huijing that I think I might be able to help change the situation. “Do you think you can change it?” Huijing responded to me. I told him about my plans to bring some Friesian horses to America.

Soon afterwards, I bought three Friesian horse: a stallion and two mares of two years of age: Laes, Linie and Lycheltje. With my brother Sikke caring for the horses, my next step was to get the horses to America.

Leyendekker opened the door to horse transportation around the world.

Back then the only way to get horses to America was by boat. This could take up to five weeks but there was no guarantee.

I asked KLM and Lufthansa Airlines if they could transport the horses by air. Lufthansa agreed but they were not prepared for such a shipment. For the next nine months I worked with Lufthansa to build and design a special crate based on the horses’ measurements-a design still used today.

The first group of Friesians flew out of Amsterdam in 1977. This was the first time Friesian Horses had ever traveled by air from Europe to America.

In 1979, I shipped three pregnant mares to America also through Lufthansa. These two shipments of horses formed the foundation of my breeding. This opened the door to horse transportation around the world.

First Keuring in America in the 1980s

I loved seeing others in America enjoying the Friesian horse. At the same time, my desire was to keep the breed pure. In 1982, I traveled to Friesland to discuss an idea with Huijing. Could the KFPS judges possibly come to the U.S. to judge Friesian Horses? Huijing said yes…but I would need to pay for the judges’ airplane tickets to America.

Because of these efforts the first Friesian Horse judging was held in Pomona in 1984-the same fairgrounds where I first peeked through the fence.

After the Keuring, the judges asked me, “Why don’t you start an organization here in America?”

As a result, the first meeting was held to organize the Friesian Horse Association of North America on December 2, 1984 at the Marco Polo Restaurant in Visalia, California.

I made sure the Friesian horse first became a lawful American Horse Breed. I signed the legal paperwork in Sacramento in 1984, from then on was the establishment of the Friesian Horse Association of North America as a non-profit organization.

Through the years I have own many approved stallions.

Haike 482 arrived at my ranch in the spring of 2019. He is an all-around sport horse, has performed at Prix St. George level, and is praised for his powerful and spacious movement. Haike’s offspring carry great expression and beautiful noble heads.

Haike 482 and Sibald 380 both continue their careers as breeding stallions today.

I love the action of the Friesian horse and feel it is best enhanced in harness rather than under saddle. For 35 years my horses and carriages have been used in the Tournament of Roses Parade in Pasadena, in which I have participated since 1983.

The dream I had many years ago as I looked through a fence will impacted the Friesian horse for years to come.