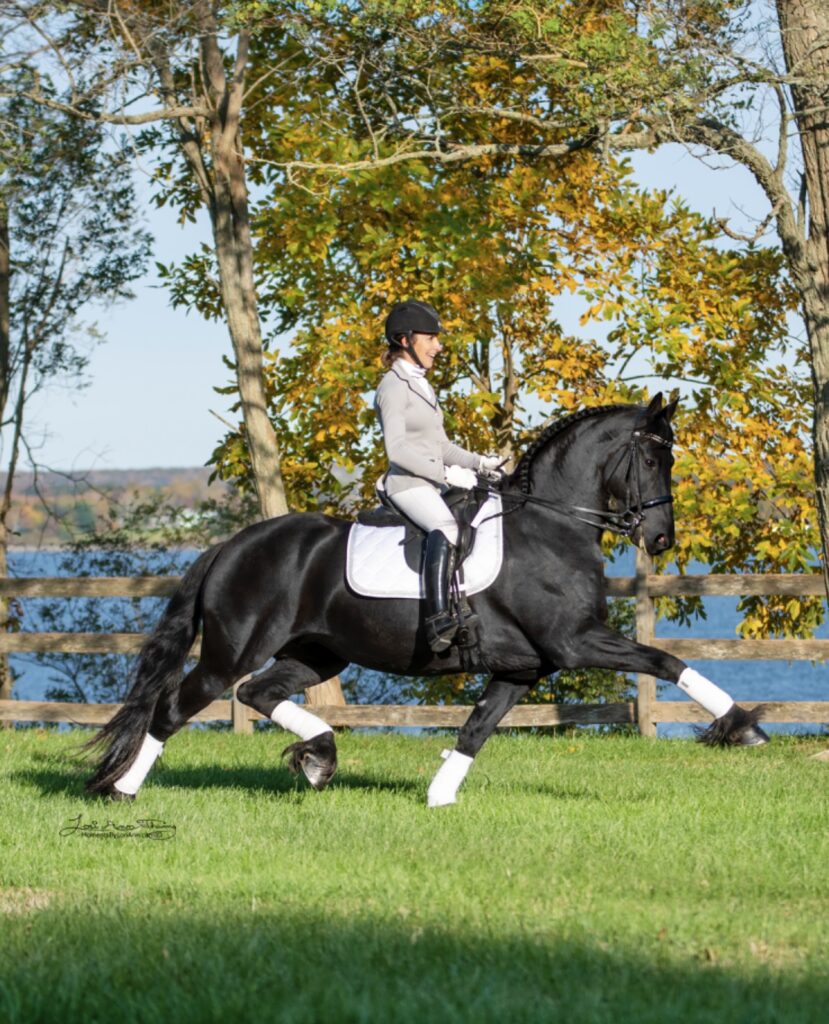 The Lifetime Achievement Award voting will be conducted starting Jan. 1 ending on Jan. 15.  Per the rules of this award, the ballots are sent out to each Chapter President for voting.  We would encourage you to contact your Chapter President and discuss on how to vote for this award.

Information for the Lifetime Achievement Award

The FHANA Lifetime Achievement Award acknowledges Friesian horses and their owners, who actively strive to educate the public, improve the horses, enhance the public image, and highlight the versatility of this magnificent breed. The FHANA Lifetime award program is approachable and realistic for every FHANA horse in every stage of its career by recognizing any activity, including, but not limited to keurings, breeding, demonstrations, exhibitions, and performance events. Any public event where the horse is featured will qualify to appear on the award record application.

Recognizing a horse for the Lifetime Achievement Award, includes many steps, so when candidates are placed into nomination, the nomination must be approved on several levels to ensure that we only recognize the most worthy horses for their accomplishments.

Please consider Liza van de Meikade for s the Lifetime Achievement Award for Friesian horses because she personifies what the KFPS strives to create in the Friesian breed. She has raised awareness of the breed throughout North America and is known by name everywhere Friesian horses are bred, raised, and enjoyed. Some of her incredible accomplishments include not only
winning in World Champion competitions and USEF horse of the year awards for Friesian in hand, but also receiving the highest accolades in the IFSHA World Championships in 2016 as
Friesian in hand high point, besting some of the most talented Friesian mares, stallions, and geldings the country has to offer. Liza has also been unstoppable in the KFPS inspections! KFPS
judges have judged her three times in North America, and each time Liza was Champion of the mare category, and Champion of the Day. She was awarded her Kroon and Model predicates
by some of the toughest, most experienced, and knowledgeable KFPS judges Holland has to offer. They were known to say that Liza had a &quot;perfect trot” (Wil Thijssen, 2015) and that her
movement was like that of approved KFPS stallions (Louise Hompe, 2019). For these reasons, she has been used in educational demos North American and has even been discussed in KFPS
education segments in Holland.

Additionally, Liza excels as a dressage horse, scoring the highest IBOP score of all IBOP tests, both riding and driving, in 2016. Her score of 82.5 solidified her place as the Iron Spring Farm
National Dressage Champion with more than fifty horses competing in IBOPS that year. At that time, she earned the rare AAA initials after her name. In 2021 Liza went on to earn her Sport
predicate in dressage, easily scoring her five qualifying rides in the number of recognized dressage classes needed for the predicate!

Liza has won the FHANA Central Mare Show not once but two times (2016 and 2019), a feat that has never been duplicated. In 2019, she had the high honor of being advanced as a Horse
of Distinction in FHANA&#39;s Horse of the Year competition. Liza went on to win this prestigious award, becoming 2019 FHANA Horse of the Year. This win was based on voting by the full
FHANA membership and represented her deep impact on the organization and how well-known, admired, and respected as a Friesian she is to many people.

In conclusion, during the course of 10 years, Liza’s competition record across multiple disciplines, her KFPS inspection and breeding results, her demo appearances to educate, along with her incredible movement and her beautiful conformation have helped to prove that mares can be every bit as game as KFPS stallions, with the ability to display all the brilliance everyone expects within the Friesian breed.
Thank you!