Zango ISF is a promising 2015 16.2hh KFPS gelding sired by Meinse 439, and out of Winsome ISF, Star, by Winand 405. Starting to school nicely at First Level Dressage, he displays a reliable and work-oriented demeanor under saddle, making him a solid choice for an aspiring rider to develop up the levels. Zango showed well in-hand at Dressage at Devon as a young horse and has also had notable success at our FHANA Keurings. As a four-year old, he was named Dressage IBOP Champion based on the quality of his gaits and rideability. Zango enjoys connecting with his people, shows good barn manners, and loves to hack. Radiographs available.

Sire Meinse 439 is a 1st Premium stallion noted for his good record as both a performance horse and producer. In the Dressage ring, Meinse competed successfully against all breeds and won two GAIG/USDF Regional Championships. His offspring inherit his natural athletic ability, willingness to work, and have been shown successfully by both Amateurs and Professionals. Meinse has sired a number of Keuring champions, Dressage and Harness winners, and is also the sire of the approved stallion Erryt 488.

Dam Winsome ISF, Star was a daughter of our foundation Model/Preferent mare Toltsje fan’t Boekehof, by Anton 343, Sport/Preferent. Named 1st Premium as a foal, Winsome was subsequently awarded the Star predicate and the distinction of Reserve Champion Mare at her FHANA Keuring in 2013. Winsome was a super broodmare for the ISF program, also producing the Keuring Reserve Champion Colt Dante ISF and the 1st Premium and Filly Keuring Champion Awesome ISF, Star.

For more details or to set up an appointment to meet Zango, please call (610)-383-4717 or email sales@ironspringfarm.com! 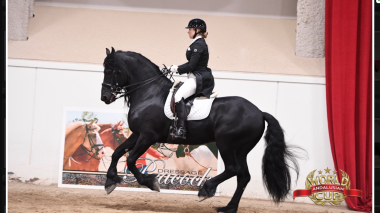 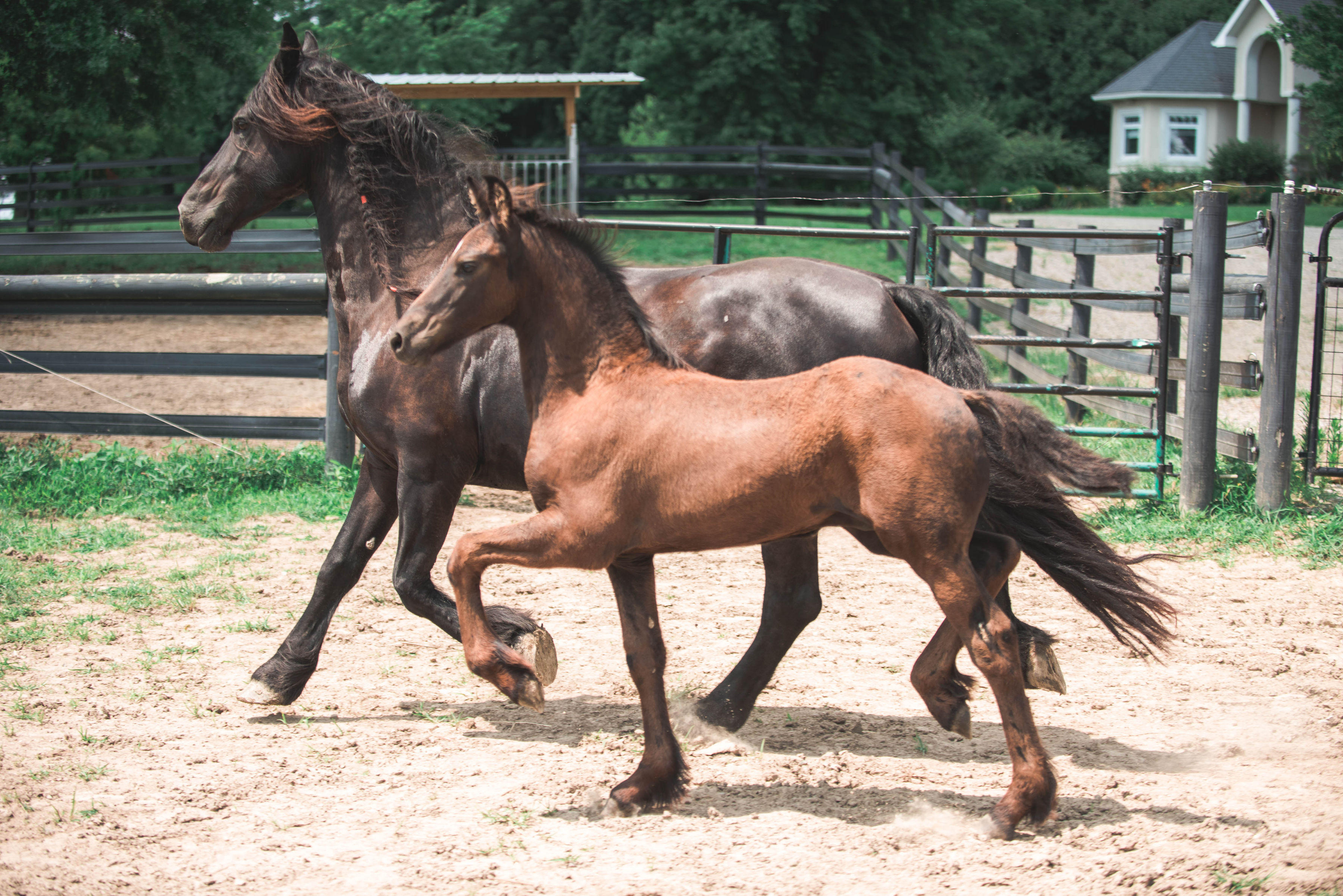