Jubilee ISF is a beautiful 2019 15.1h KFPS Friesian filly sired by Teade 392, Sport, and out of Zarine P.J., Crown, by Beart 411, Sport/Preferent. Started professionally in our program, Jubilee has good basics under saddle, loves to hack, and is ready to be finished in the direction of your choosing. She could also be a wonderful addition to a dressage breeding program and she is now offered with a breeding to an ISF stallion- please inquire for further details.

Awarded 2nd Premie and Reserve Champion Filly at her FHANA Keuring as a foal, Jubilee also showed at Dressage at Devon that year, placing within the top six in both the Fillies of Current Year class and the Friesian IBC class. She is harmonious in her conformation with a solid foundation, elegant type, and big, kind eyes. In movement, she shows good power from behind, nice scope through the shoulder, and a clear walk. Jubilee is a sweet, personable young horse and is easy to work around in the barn with no vices. Radiographs available.

Sire Teade 392, Sport, served as a foundation sire for the Iron Spring Farm Friesian breeding program. A kind-natured, regal stallion with fans all over the world, Teade was famous for his long, thick hair, and epitomized the Friesian breed. His career highlights include being named Reserve Champion for Second Level Adult Amateur at the GAIG/USDF Region 1 Championships, as well as successes through Fourth Level and being awarded the Sport predicate. Approved on offspring, Teade has sired numerous 1st Premies, keuring champions, Star and Crown mares, as well as the Approved stallion Sipke 450.

The dam Zarine P.J., Crown, was awarded 1st Premie and the Star predicate in 2010. The following year, she finished a strong Dressage IBOP at her FHANA Keuring with a 78% and was distinguished as a Crown mare. With her strong conformation, exquisite type, and powerful, correct gaits, Zarine was very successful in hand, including being named Champion of the Day at her 2016 FHANA Keuring and placing 2nd in the Broodmare class at Dressage at Devon against all breeds. Zarine’s sire, Beart 411, Sport/Preferent, received a 1A Premium at the 2005 Stallion Competition and was then World Champion at the 2006 Stallion Show in Leeuwarden. He was awarded the Sport predicate based on his successes in performance and has produced numerous 1st Premium foals, keuring champions, and approved stallion sons including the ISF breeding stallion Tjalbert 460.

For more details or to set up an appointment to meet Jubilee, please call (610)-383-4717 or email sales@ironspringfarm.com! 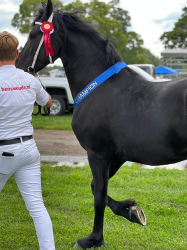 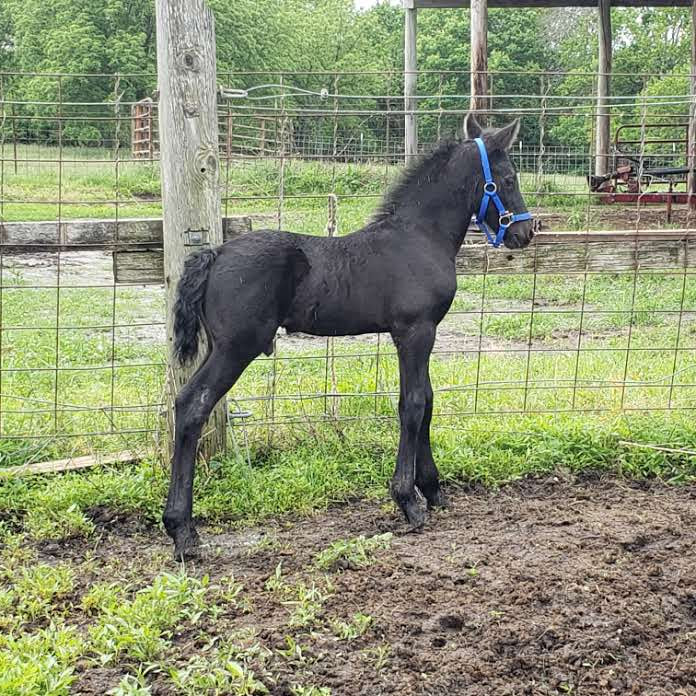 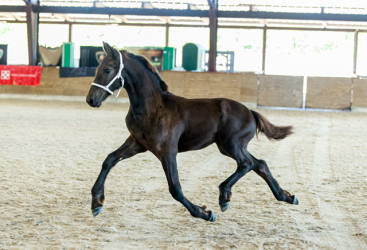