Phallon has had formal training, and has been ridden both English and Western. She has mostly been arena ridden, but is suitable for learning to trail ride, or could be trained as a carriage horse. Even with infrequent riding, she is easy to pick back up with regular riding. She has never bucked, and is a steady ride. She is very good with the farrier, and has always had great hooves.
Phallon is an easy keeper, and she has never had any major health issues, or any soundness issues. She has had 2 fillies. The 2012 filly was awarded a 2e premie at the Friesian Keuring, and the 2013 filly was awarded a 1e premie, grand champion filly.

Her sire is Sape 381, who was the 2001 KFPS World Champion Stallion, and her dam is Irma van 't Zuid, who was the dam to Teade 392 Sport, an approved Studbook stallion. 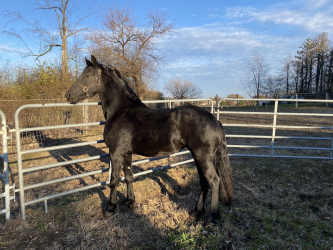 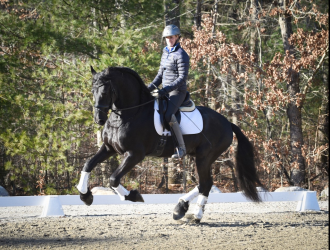 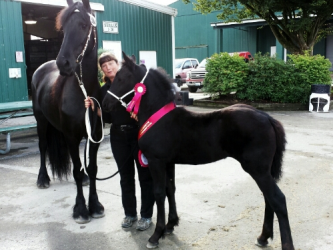